Delivering as One UN 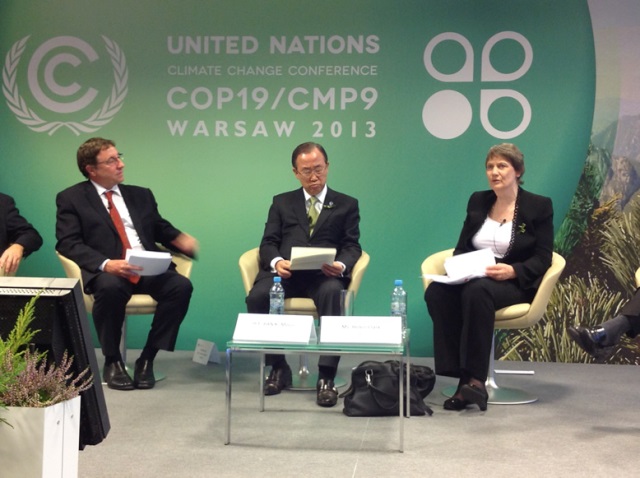 The ‘Delivering as One UN’ agenda is testing how the UN family can provide development assistance in a more coordinated way at the country level.  The objective is to ensure faster and more effective development operations and accelerate progress to achieve the Millennium Development Goals.  In short, a UN development system that delivers more and better for the poorest and most disadvantaged.

PEI is a joint UNDP-UN Environment programme that serves as model for other UN agencies in implementing and promoting the objectives of ‘Delivering as One’. PEI is committed to the ‘One UN’ process and by working at the headquarters level, the regional level and at the country level, it aims to ensure that joint management is ‘vertically integrated’ throughout its implementation, thus contributing to the One UN process. The PEI is recognized by, among others, two independent evaluations, as well as participating donor agencies, as “…one of the best used examples of how UN agencies can work positively in partnership“(DFID’s Multilateral Aid Review 2011). It effectively draws on the strengths of each organization to support country and regional programmes. This has been positively recognized by  UK’s DFID evaluation of its multilateral aid support, the Norwegian Evaluation of the PEI Africa Pilot programme, UNDP’s external evaluation of its environment and poverty nexus , the UNDP Executive Board, the UN Environment Governing Council (during its session in February 2011), and the external Mid-Term-Review of the PEI Programme  (November 2011).

“The Poverty-Environment Initiative represents good practice and should be scaled up to provide a model of how UNDP does business at the country level. It should also be used as a model for working together with UN Environment and other agencies.”(source: The UNDP Poverty-Environment Nexus Evaluation, September 2010)

At its 26th session in 2011 the UN Environment Governing Council decided to “urge UN Environment to consider using the Poverty and Environment Initiative as a model for future collaboration with the UNDP and other UN agencies, where relevant, building on the comparative advantages of each organisation”.

PEI is working with the UN Resident Coordinators and UN Country Teams to promote a ‘One UN’ approach by influencing UN Development Assistance Frameworks (UNDAF), UN Development Plans (UNDAP) and MDG-Fund activities  – and by working with donors to pursue a more coherent and coordinated approach by pooling funds at the country level to support the UN’s work. Through its collaborations with other UN agencies such as FAO in Malawi, PEI has further been successful in delivering the commitment to the UNDAF process.   In addition, PEI plays an important role in the UN Thematic Working Groups at the country level which is an important mechanism to enhance the delivering as one agenda.

Brochure: UNDP and UN Environment support to environment and sustainable development as One UN, 2014