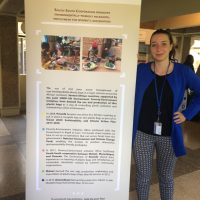 The use of and poor waste management of non-biodegradable plastic bags is a major concern not only across the African continent but also the Globe. The plastic bag menace has been experienced in all forms of ecosystems including land, river, lakes, and oceans. Several African countries have taken the initiative of banning the use and production of thin plastic bags as a way of controlling plastic pollution and maintaining a clean environment.

In 2008, Rwanda became one of the first African countries to put in place a complete ban on thin plastic bags as part of its Vision 2020 plan for sustainability. Plastic bags that were used in Rwanda had been made from non-biodegradable materials. These would end up scattered throughout the country’s agricultural land and were preventing water penetration into the soil, thereby lower agricultural productivity. Once disposed, the plastic bags were often burned, releasing toxic fumes into the air.

Rwanda has successfully implemented the ban by substituting sustainable degradable materials. The government’s ban on plastic bags had left female street vendors struggling to run their businesses, which often rely on the use of plastic bags. Poverty-Environment initiative Africa partnered with the government in Kigali to train 110 female street vendors on how to set up co-operatives that can access funds from the government’s National Environment and Climate Change Fund (FONERWA). The women will be able to use the funds to produce alternative, environmentally-friendly packaging that they can sell to customers.  According to Dr. Mukankomeje Director General of the Rwanda Environment Management Authority,  after the ban on thin plastic bags, Rwanda became an extraordinarily clean country. Tourism is increasing which is  good  for the country’s economy. The ban on plastic bags has also spurred community based associations comprised of mainly women and youth cooperatives to make bags made from locally available environmental friendly materials.[1]

Since then, many countries in Africa are learning from Rwanda and are taking the initiative of the plastic bag ban. In late 2011, Poverty-Environment Initiative facilitated south-south cooperation between Malawi, Rwanda and Mozambique, where Government representatives from Malawi learned from the experience of PEI in Rwanda. During this event, the government of Rwanda shared their experiences on banning of plastic bags and introduction of sustainable substitutes created by women’s community organizations.

Inspired by the visit and Rwanda’s success in banning thin plastic bags, the Government of Malawi intensify its efforts to introduce a similar ban in their country.  Unsustainable use of environment and natural resources, over-use of chemicals and plastic waste were causing environmental as well as social problems in Malawi.

The initial attempt to ban thin plastics was introduced in December 2012 but suspended a month later as the Plastic Manufacturers Association of Malawi (PMAM) obtained a court order against the ban. Since then the Department of Environmental Affairs in the Ministry of Natural Resources, Energy and Mining has worked closely with the PMAM to prepare them for the ban. Mr. Sangwani Phiri, spokesperson from the Ministry, said “Since then we have been engaging them on a number of occasions and they know how to change their factory set-up to the required standards on the production of the plastic bags.” After  engagement with PMAM, the Malawi Department of Environmental Affairs set 30 June 2015 as the official date of the ban of the use, sale, production, exportation and importation of plastic bags of less than 60 microns.

In addition to the exchange visit to Rwanda the Poverty-Environment Initiative Malawi team has supported the Government in introducing the ban by providing evidence of, and advocating for, the benefits of such a ban in various studies and reports, including the 2010 Malawi State of Environment Report. The Department of Environmental Affairs has moreover worked to prepare the general public and the industry for the ban and is willing to continue to do so. “We are ready to provide the expertise and whatever help the interested groups may need. What we want is to promote the recycling of plastic papers. There are already two companies that have shown interest in this recycling business and we want more,” said Mr. Phiri.

On 5  February 2016, the Mozambique government banned the production, import or sale of plastic bags that are less than 30 microns.  Other bags thicker than 30 microns are still allowed for holding rubbish or to weigh items. However, shops are obliged to charge for bags rather than giving them away for free.

In 2012, Poverty-Environment Initiative Burkina Faso together with UN Environment’s Green Economy programme made a presentation to the Economic and Social Council   on Green Economy and Poverty Reduction. The presentation, which was followed by a series of policy briefs targeting the parliament, included a recommendation on the ban of thin plastic bags.

To reduce the harm caused by plastic waste, Burkina Faso’s National Assembly unanimously adopted a bill banning plastic bags on 20 May 2014. The bill prohibits the production, import, marketing and distribution of non-biodegradable plastic bags.  The law came into effect on 21 February 2015.

In August 2017, Kenya became the latest country to join the ban on thin plastic bags. The UN Environment welcomed this move by commending the country for its environmental leadership. “Kenya is taking decisive action to remove an ugly stain on its outstanding natural beauty,” said Mr. Erik Solheim, Head of UN Environment.

Currently Kigali enjoys the status of one of the cleanest cities in Africa.  As noted by Dr. Mukankomeje, Director General of the Rwanda Environment Management Authority, this status has consequently improved tourism in the country.

Ending the plastic bag menace in Africa is possible through South-South learning and sharing of experiences. Both Mozambique and Malawi set up their plastic bags ban following learning experiences from Rwanda counterparts, facilitated by Poverty-Environment Initiative.